Skip to content
Revamp Your Career With Our Year End Offer. Get trained on Microsoft Azure, AWS, GCP and various cybersecurity courses | sales@infortified.com | +91-7303814295 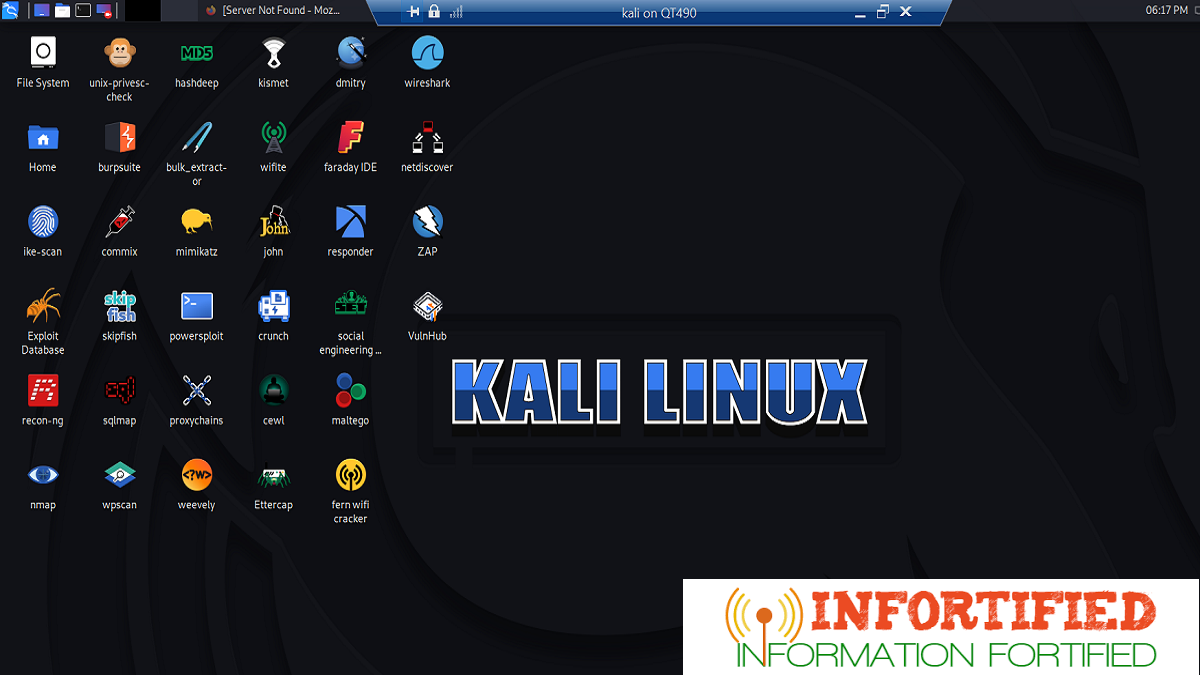 In this article, I am going to explain what’s new in Kali Linux 2020.2 and also show you step by step method to set up Kali Linux under Hyper-V on Windows 10.

You can also watch the youtube demo vidoes for visual understanding or if you stuck at your configuration at any point.

If you want to start your cybersecurity or Ethical Hacking journey, setting up a kali machine would be a good place to start from. It may not be a good idea to set up kali as a primary OS for your daily routine work as Kali is not as user friendly as other desktop PCs.
Kali Linux is a Debian based operating system specially designed to achieve the goal of penetration testing and digital forensics. It is developed and maintained by the world’s renowned security organization named Offensive Security. Loaded with hundreds of hacking tools Kali is free to use and will always be so (As per official statement on their website). It was made publicly available in 2013 for the first time and since then it has gotten multiple updates to make it more useful for the purpose it was built for. 2020.2 is the latest version of Kali Linux which was made available in May 2020. I will discuss about the new features added/subtracted in this version of Kali in the later part of the article. Let us get started!

On May 12, 2020, a new update of Kali Linux was released 2020.2. 2020.1 was released in January 2020. There have been many changes in the OS, however this time, they have tried making the Kali’s usability and GUI more user friendly. Below is main feature introduced in this release– 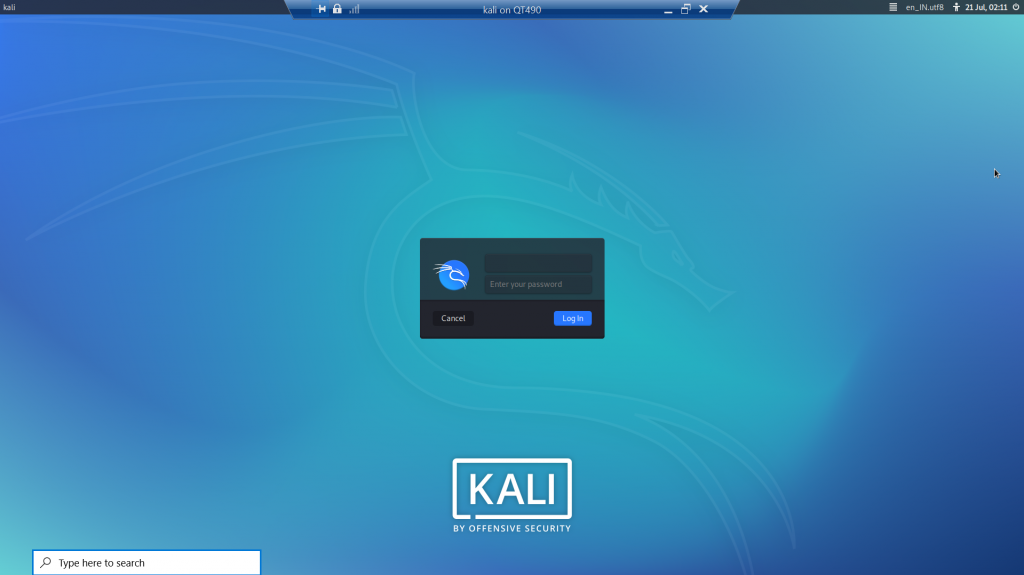 PowerShell by Default –Earlier PowerShell was put into Kali Linux network repository. Now PowerShell is put into one of primary metapackages which means ,if you choose to install this metapackage during system setup, or once Kali is up and running (sudo apt install -y kali-linux-large), if PowerShell is compatible with your architecture, you can just jump straight into it (pwsh)!

Kali on ARM Improvements – Earlier Kali used to come with default super user credential as root/root however this is not the case now. A new user with standard access is created while installation and if you wish to elevate user’s role you can do that later.
Lessons from The Installer Changes – In January 2020 update new style of images were introduced “installer” and “live”. These both setups can be modified at the time of install. 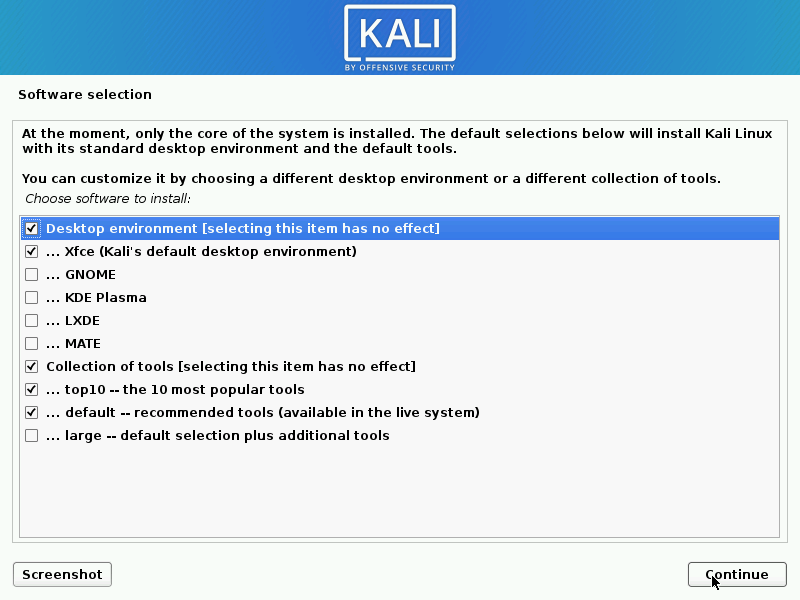 Enough talk about the features, lets get ahead with downloading and installation. Hyper-V uses standard ISO images of operating systems. Installer ISO image of Kali can be installed from the official download page.

Once you have downloaded the ISO image, you can proceed for the installation of kali Linux as mentioned below- 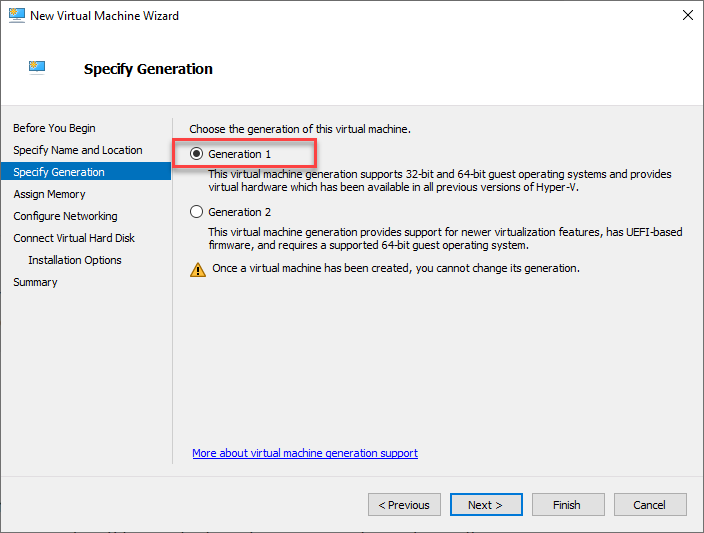 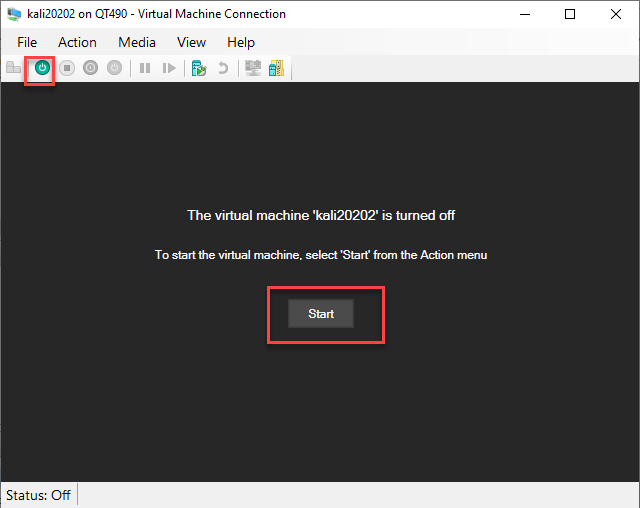 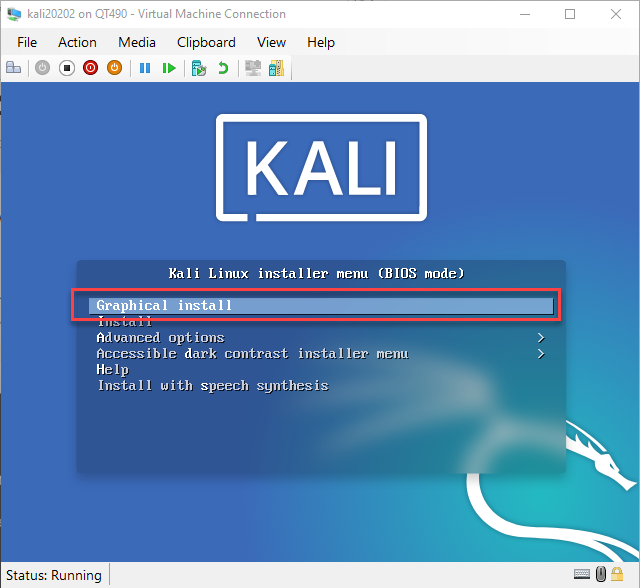 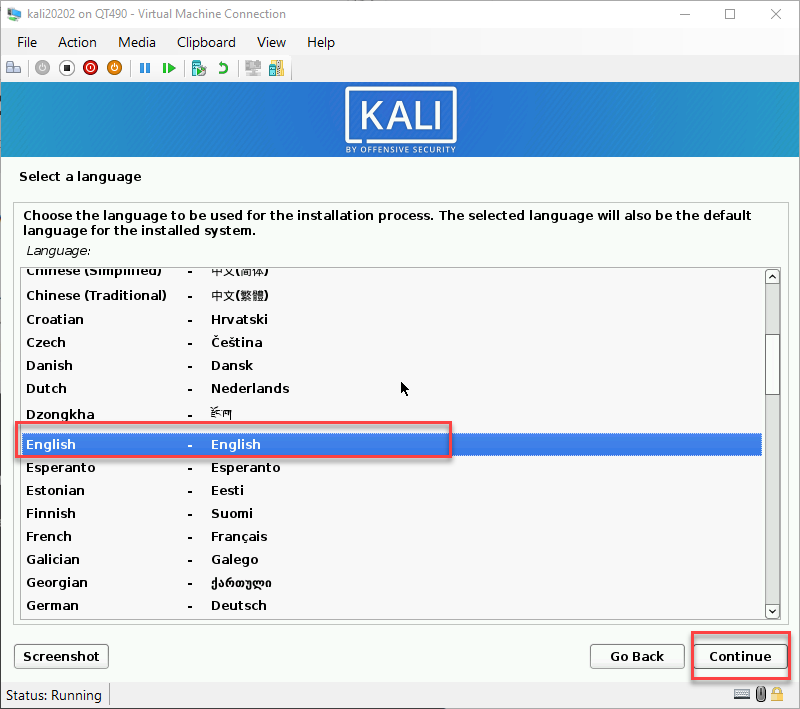 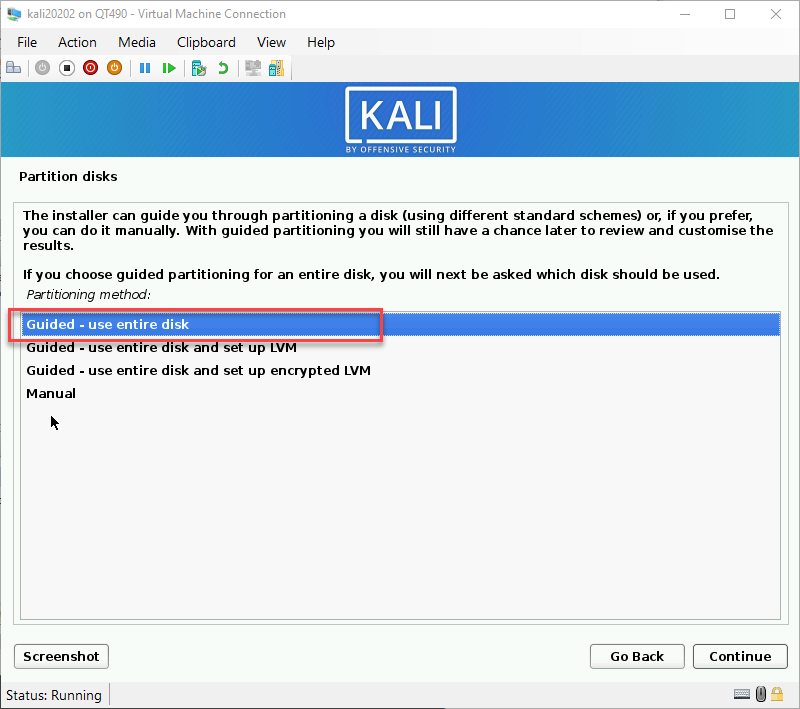 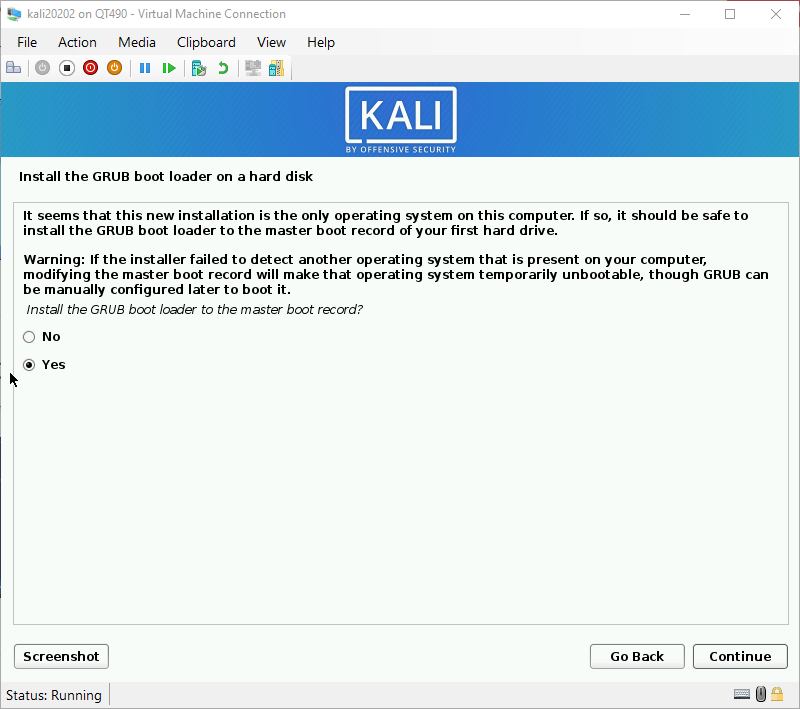 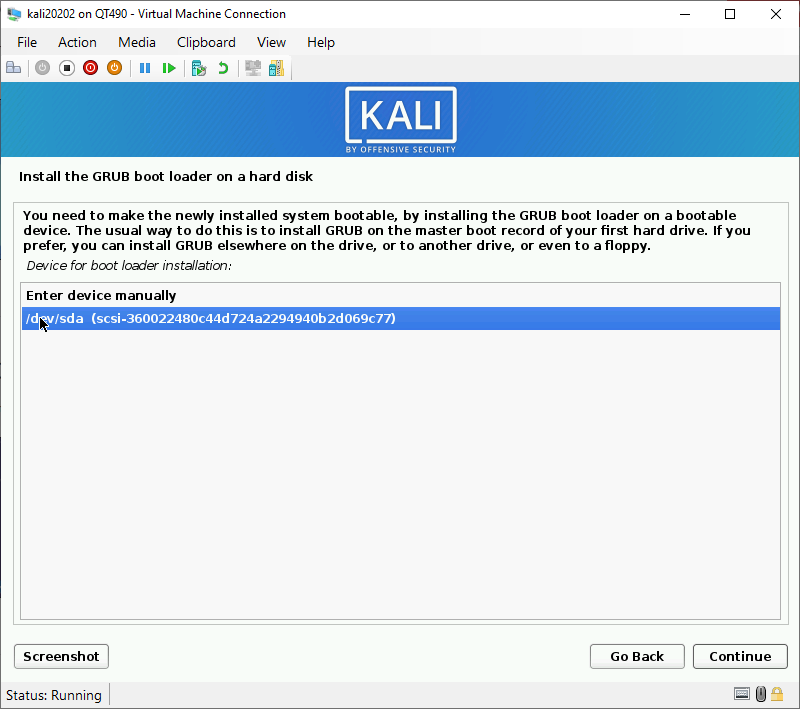 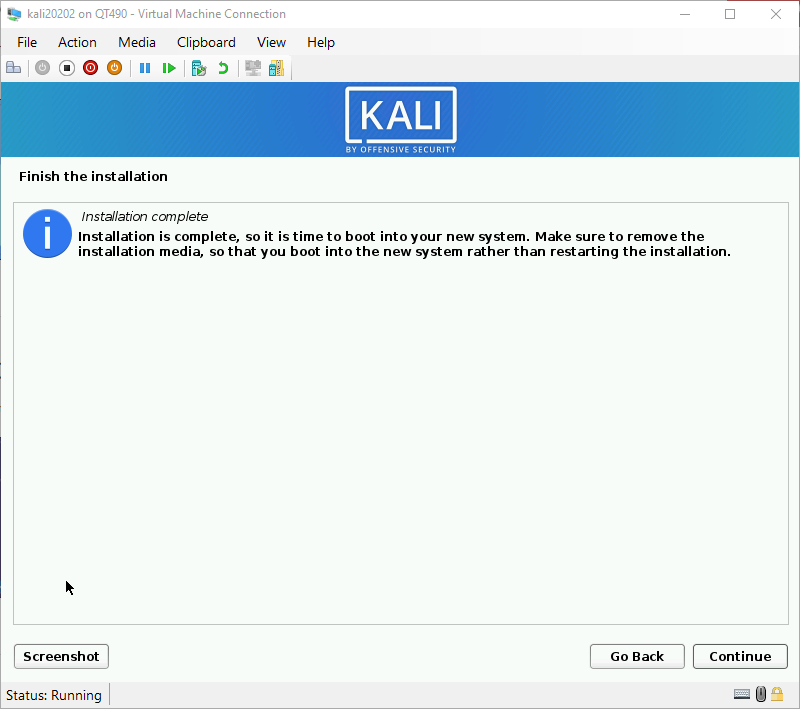 This is the final step and this also completes the installation. 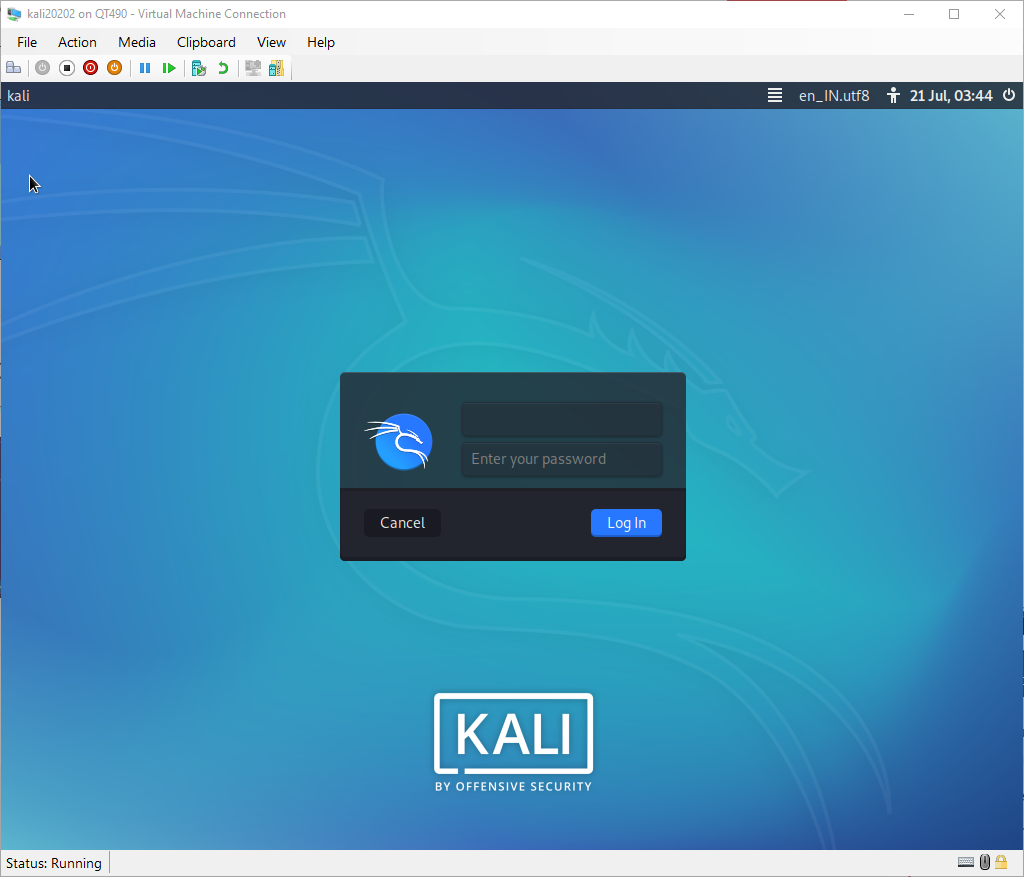 This marks the end of this blog post. Hope this helps in setting up the Kali Linux installation and eventually starting your cybersecurity journey .

If you have any question feel free to contact me on twitter @nomaniqamar, or if you have bigger question that can not fit into tweet, send an email to Qamar@infortified.com , and i would be more than happy to reply back. Until next blog, Happy Learning! – Qamar

How to Enable and Configure Hyper V in Windows 10